I had earmarked Half Cup for brunch about 3 months ago after seeing an abundance of beautiful photographs on Instagram. I was due at London Paddington later that afternoon to catch a 3 hour train to Plymouth for a weekend of 30th birthdays with my school friends and decided that a delicious plate of food was needed to sustain me on the journey. Half Cup was bustling at 1pm when I arrived. I was welcomed with a smile and given a spot in the window to read my Harry Potter book, watching the world go by.

The menu was comprehensively tempting and I text a Whatsapp group of girls to ask what I should have. Numerous grumpy replies followed about being hungry and not there, but suggesting I go for the smashed avocado, grilled mushrooms, beetroot hummus, grilled vine tomatoes on charcoal sourdough, which I did. And added a poached egg because it’s illegal to have smashed avocado without poached egg didn’t you know? 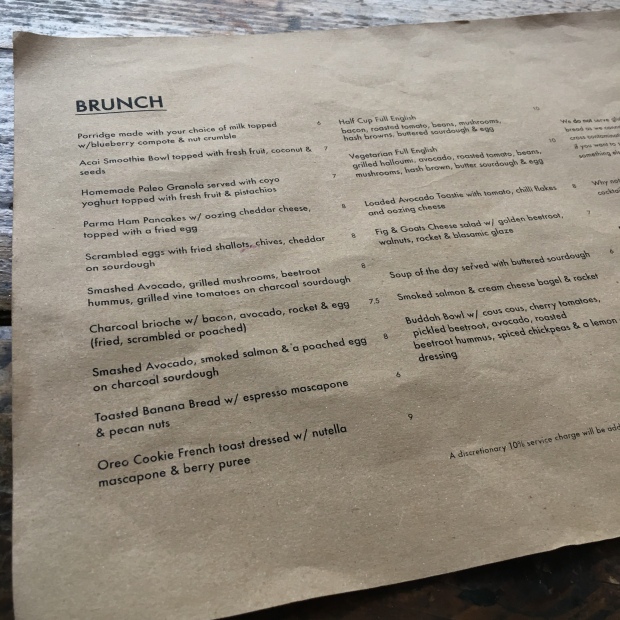 I wondered how big it would be and if I’d be a greedy guts to get the Oreo cookie French toast as dessert. I looked around me and saw that the portions were sizable and, given that I was about to spend the weekend with a group of women turning 30, I reined myself in and stuck with one dish.

I waited about ten minutes for my food to arrive, during which I snapped a few photos of the colourful, floral décor and talked myself out of buying another branded tote bag that I really didn’t need. 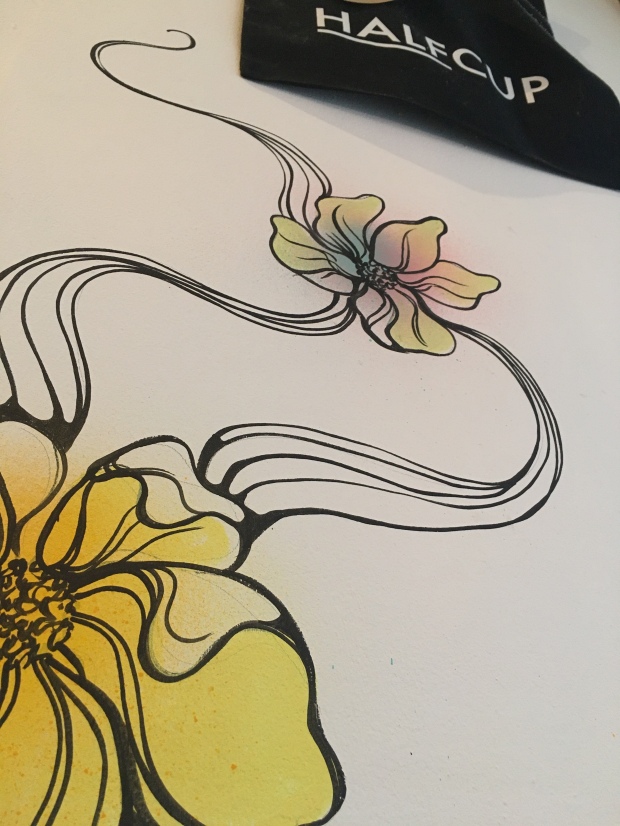 My mouth watered as the plate was put in front of me. A magenta smear of beetroot hummus had two giant Portobello mushrooms stacked on top of black sourdough, with my poached egg on the side and a tower of rocket on top. I’ve never seen food so colourful so I took a series of photos, pushed aside my phone and demolished it. 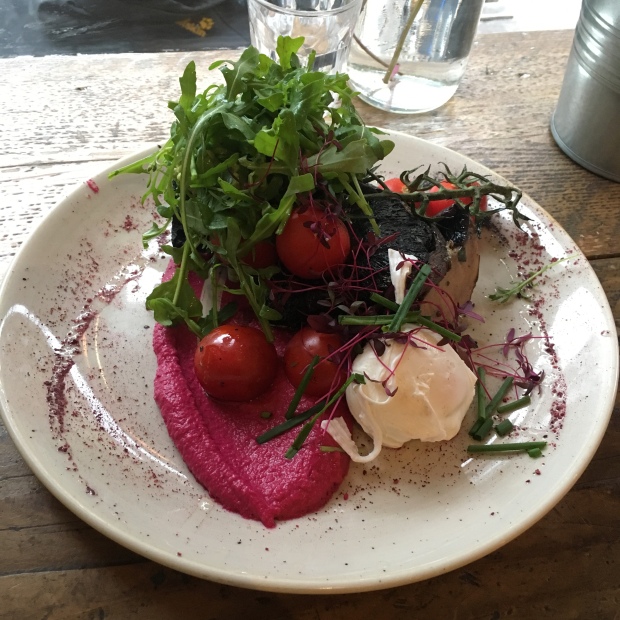 The vine tomatoes could have done with a bit more grilling for my own personal taste (I prefer to grill the hell out of my tomatoes) but the hummus was divine and the poached egg poached perfectly. The charcoal sourdough was the tastiest black food I’ve ever eaten.

I need to go to Half Cup again and have the Oreo French toast. And the Banana Bread. The whole menu just sounds so good. Just take my money now.